Mixed Choir K.O.O.R. first came together in January 2012 and has since been active in rehearsals as well as on stages. Conductor Raul Talmar is the choir’s founder, spirit and artistic conscience. He has worked as a conductor for 35 years and has stood in front of many Estonian top choirs.

The members of K.O.O.R. are long-time musical partners of Raul Talmar himself from his time with the mixed choir Noorus as well as many other people with considerable singing experience. The choir’s first concert which took place after the rehearsal camp in Kõue Manor, revived Estonian choral music from the 1960s and 70s. 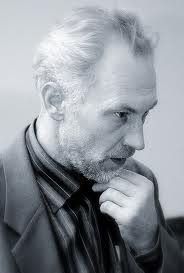 Raul Talmar (b 1959) graduated from the Tallinn Conservatory as choral conductor in 1982. He sang in mixed choir Noorus since 1977 and was the choir’s principal conductor in 1991–2012. At present, he conducts the mixed choir K.O.O.R. and the Tallinn St. Charles Church Concert Choir. Earlier, he has worked with the Academic Male Choir of the Tallinn Univeristy of Technology, the male choir of the Helsinki Trade University, the female choir of the Klementi Sewing Factory, the Pärnu Mattone Chamber Choir, the national girls’ choir Leelo and the Tallinn Russian Choir. In 2006, he was nominated the Conductor of the Year by the Estonian Choral Association. Raul Talmar has been also the President of the Estonian Choral Association.

Since 1993, Raul Talmar has conducted mixed and female choirs at the Youth Song Festivals and since 2004 at all-Estonian Song and Dance Festivals. In 2011 he was the artistic director of the Estonian programme of the 16th Gaudeamus Students’ Song Festival.